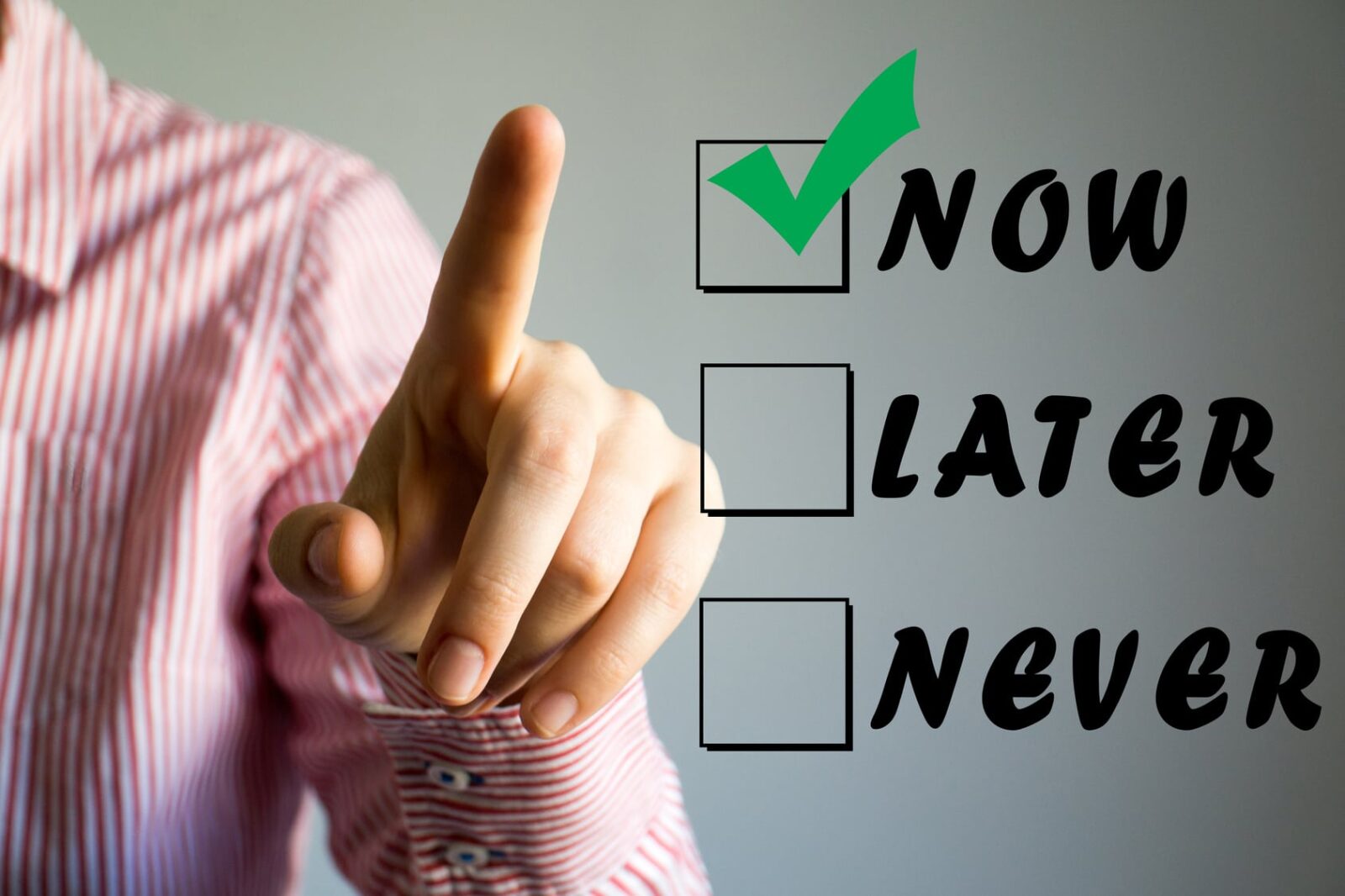 “Do not put off to tomorrow what you can do the day after tomorrow”; “We will cross that bridge when we get to it”; “Go to the ant, you sluggard; consider its ways and rest in the shade”; “We will handle it immediately after New Year” – these sayings and many others characterize an entire behavioural culture. Leaving things to the last minute has no value. A seminar paper written one day before it is due is unlikely to be worth mentioning in the academy’s yearbook as the best seminar paper of the year. A negotiation held with teachers a few hours before the end of the school year cannot exactly be considered fair. Unfortunately, in many cases, possibly too many, that is how things are done. And we are not discussing a local phenomenon, but something that happens almost everywhere around the globe.

The “don’t worry, be happy” virus, the “trust me” germ and the “there are more important things now” bacteria can cause a whole country to suffer from one serious illness – postponement sickness. Instead of doing what is needed at the right time and place and in the right amount, we often do things according to timetables that do not necessarily fit the commitments we have taken upon ourselves or were assigned to us. Sometimes we will first do things that are more urgent but not necessarily more important, and sometimes we will act according to the principle of ‘he who yells loudest’ and not according to ’the first thing that should be done’. In most cases we do not have bad intentions, but the result can be very destructive.

Even in the field of decision making there are many good people who suffer from the malignant disease of inability to reach a decision. Why make the decision now, they ask in wonder, when we can discuss this again in two or three weeks. Whoever had the pleasure of working with government authorities can testify that postponement is one of the cornerstones of their activities. It always seems that any decision (not to mention action) made by a government authority, local authority, government office, public corporation etc. requires a huge allocation of resources to move even the smallest of things.

The postponement sickness in execution and decision making does not afflict only the public sector but exists even in some of the businesses and organizations in the private sector. Only too often things are put off not only to the last minute, but even to the moment after that. The preparations towards a professional exhibition, the opening date of which was known six months earlier, ends a good couple of hours after the arrival of the first visitors and that is also when the flyers and handouts arrive. Postponement sometimes becomes standard procedure. Salary negotiations with teachers are almost always postponed to the last day of summer vacation. Marathon discussions with employees regarding salary increase are held moments before a general strike is declared. Where were these people earlier? Why didn’t they act before the last minute?

Postponement carries a heavy price of mediocrity. You cannot write a serious seminar paper, a process which should take about four months, within 11 hours. You just can’t. Just as you can’t speed up cooking or the tree-growing processes, you cannot speed-up processes that by nature require time. Proper preparation for an exam in engineering is not possible one day before the test. Only a few hours of studying for the SATs are not the same as taking a three or four month class. We will pay the price of mediocrity not only when the grade or the quantitative results arrive, but also in ‘qualitative’ parameters – which are harder to measure but easier to feel. It is called ‘whatever’ and can be seen on people, businesses or organizations that haven’t looked at the calendar recently or haven’t properly read the instructions of the tasks they took upon themselves or were assigned to them. Mediocrity is a result of postponement.

The business world is also afflicted with postponement. Starting with the preparations towards submitting reports or writing an official opinion, through discussions held minutes before making a decision and up to executives arriving at a meeting unprepared and reading materials sent to them in advance at the last minute. Only too often the business world finds itself in situations in which decisions or performances are postponed for no practical reason.

What can we do about postponement? High self-discipline is the basis of facing the tendency to postpone, ours and the people we work with and depend on. Self-discipline is based on an inner need not to cut corners (even when we can), on very high motivation and on the aspiration to achieve and to succeed. But no less important – it is based on the ability to perform actions even if we won’t get applauded for them or alternatively even if no one will punish us if we do them wrong.

Self-discipline has a huge significance when trying to deal with postponement sickness. Why do people arrive at the dentist’s for root canal or filling a cavity only when the pain becomes unbearable? Why don’t they go once every six months or even once a year for the routine check-up as required? The answer, again, is – self-discipline. There is no (immediate) punishment for not going to the dentist’s. On the other hand, the reward is immediate. You can always find something more pleasant and less painful to do. Even the reward for emptying your car ashtray on the road (late at night, when nobody is looking) is much more immediate than the punishment of living in a dirty country in the long run.

Unfortunately, too many factors award postponement with undeserved legitimacy. Instead of condemning postponement and turning it into a bad word, some systems just make it a way of life. The war against postponement should be held in the country institutions, in the local governance or school managements, in boards of directors and by each and every citizen. Self-discipline and willingness to work according to importance and not necessarily according to urgency will lead the social and business activities to other, much better, places. Early planning and management according to goals will also help getting rid of momentary whims that cause some people to prefer the easier present rather than hard work that ensures a better future.

1 thought on “The Management and Organizational “Postponement” Sickness”